Sven is doing well in South Baltic Sea. With photos of the fishes.


Svens raport from troutfishing. Very nice trouts! We will have permafrost here for a while, but they do well in South Baltic Sea. Soon they will start fishing for BIG salmon. Hopefully we'll see nice raports from Sven and Co.
"Hej Jussi,
yesterday´s fishing got a nice finale. After having caught good number of nice looking cod and fighting with wind/waves we were honored for keep trying to hook into a big seatrout. We got a dobble strike on (Apex like) Flat Jack spoons. The first one broke the leader in the first run and escaped but the second one stayed on the line and gave a nice fight both in water and in the air. Later this fish was measured to be 78 cm and the weight was estimated to be 5-6 kg. Really nice looking and sturdy fish! Some more fish followed before the happy crew went home.
My friend took home all the pictures on his camera. I will send you those on Sunday!"
Mvh
Sven 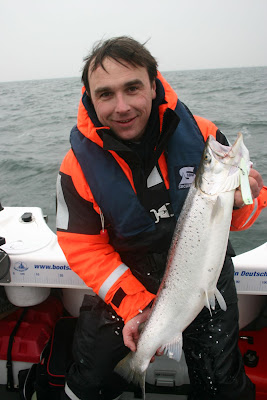 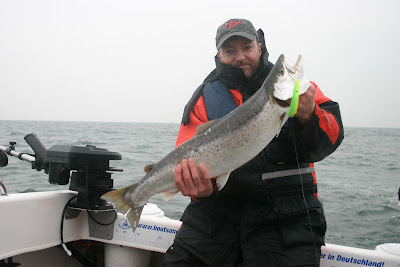