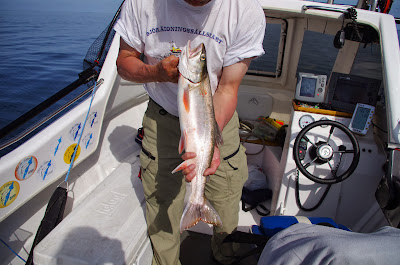 Tried the little warrior in bay of Huskvarna on thursday. Took with me some collegues from school since
They wanted to se how this type of fishing is done and perhaps they also wanted to catch one fish or two. During the day the they sas ut all. All weather that is availebla except snow and a nice
trout that bit on a baitfish behind a flasher. The Boat worked really good and i think i gave my collegues an fine experience, 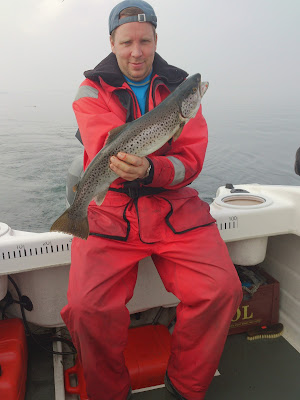 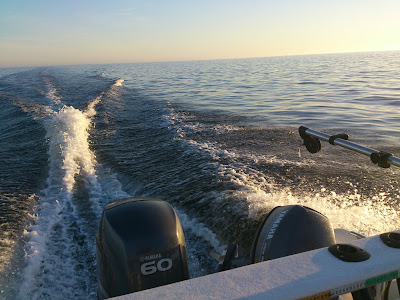